Several pictures from a recovery day after the Dingle half marathon.

Leisurely day for us today.  Phil has a bit of a cold and a sore throat and I am a little sore myself from yesterday’s run.  We did laundry and other mundane things, then we went to the next town to find a pharmacy and see the local attractions on the Ring of Kerry tour.  Here are some 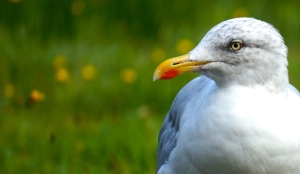 pictures from todays activities.  This  sea gull could see us having breakfast  through the door windows and thought we might share a few morsels…  We did not.

We looked at the maps that showed interesting and scenic places on the Ring of Kerry to see if there was a site that would not have us sitting in the car too long.  We drove to the next town that is Cahersiveen about a 20 minute drive from Kells.   We found this beautiful town that has a history as a residence from 1398.

This structure like many others in Ireland is constructed by stacking stones in a way that uses no mortar or chinking material.  The placement and weight of the stones create the support of the structure. It is traditionally attributed to one Cardberry O’Shea as the first resident and builder of the castle and later associated with the MacCarthy’s.  It is an amazing structure that has the current ruins existing as the castle of Valencyen in 1569.

There is another amazing building in the town that was constructed by the British as a barracks for troops.  They used an architectural design that was meant for a barracks in India, so this structure is striking in its elegance and difference to other buildings in Cahersiveen. 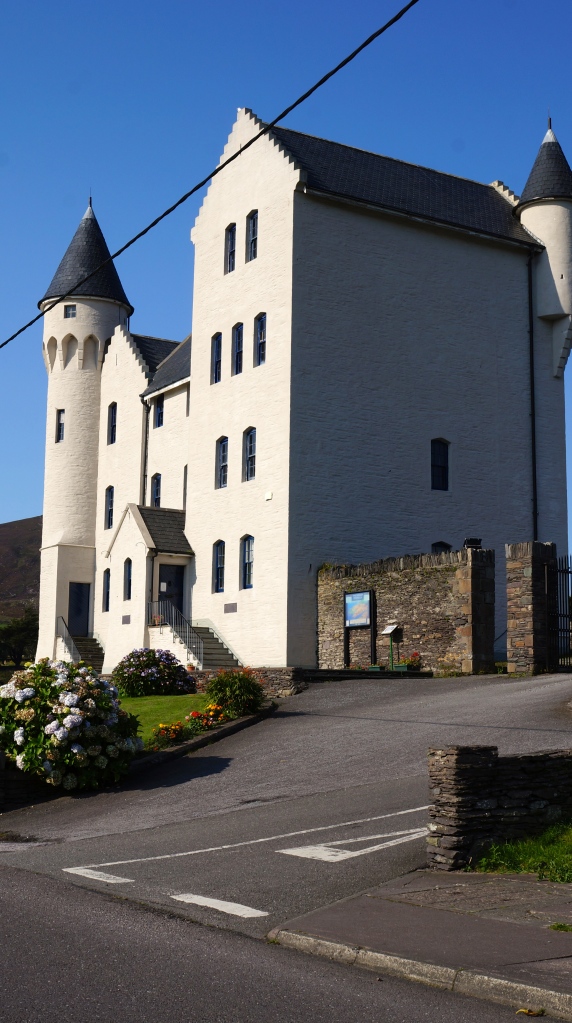 Today we saw some of the diverse history of Ireland in a very small town.  So much has transpired on this island in the North Atlantic.  The remains of civilizations and people who have lived here over many centuries is evident and accessible.  It is astounding!