She is from Limassol in Cyprus.

Cyprus is situated in the northeastern corner of the Mediterranean, at the meeting point of Europe, Asia and Africa. Since the dawn of history, Cyprus has been one of the most interesting areas of the region and has a rich and visible cultural history. Ancient Greeks, Egyptians and Romans along with Crusaders, Byzantines, Franks and Ottomans have all left a powerful legacy for the modern visitor to see and admire.
Cyprus is endowed with golden beaches, virgin green forests and other natural wonders. The environment is one of the healthiest in the world, free from pollution and the other ill-effects of industrialized countries. Crime is almost non-existent.
Cyprus enjoys a wonderful Mediterranean climate. Apart from the light rainy season between November and March, Cyprus is sunny all the time. Mean temperatures range from 8oC (42oF), during the coldest month of December, to 35oC (96oF) during the hottest month of August.
The weather, however, is not the only attractive feature of the island the Cypriot people are equally famous for the warm and friendly welcome they extend to visitors.
Greek and Turkish are the official language of Cyprus. English is widely spoken.
The Cyprus economy is booming and political stability is firmly established. Tourism (hotels and restaurants) in particular plays an important role in the economy. In May 2004, Cyprus officially became a member of the European Union and thus bridged Europe to the Middle East and the rest of the world. Having emerged as one of the region’s leading business and financial centers, the island enjoys competitive advantages in areas such as tourism, consultancy, shipping, telecommunications, banking, and insurance.

ABOUT LIMASSOL
Limassol is a lively and cosmopolitan resort located in Cyprus. With a population over 201,257, this makes it the second-largest city in Cyprus, largest city geographically, and one of the greatest tourist locations in the Mediterranean.
Located on the coast of the Mediterranean, Limassol blooms with tourism. Renowned for its long cultural tradition, it offers much to visitors from outside. Ranging from museums to archaeological sites, tourists will not be bored from what this great little resort has to offer.
Especially during the summer season, many tourists can enjoy the great weather and the sea-side adventures. At night, the fun continues, with an ecstatic nightlife and upbeat atmosphere. In addition to its luxury, Limassol is also home to the Cyprus University of Technology, leading the Middle East Region and the European Union in research and development.

Cinnamon, whose home port is Limassol, is anchored near Duluth, Mn in the chilly September-almost-October water of Lake Superior awaiting permission to enter the port.  I wonder what she is carrying . . . perhaps not much from the look of how high she is resting in the water.  Maybe she is here to pick up eighteen thousand plus tons of grain?

Anyway, there she is anchored not far from our driftwood labyrinth.

Here are several images of Cinnamon for you from today & tonight: 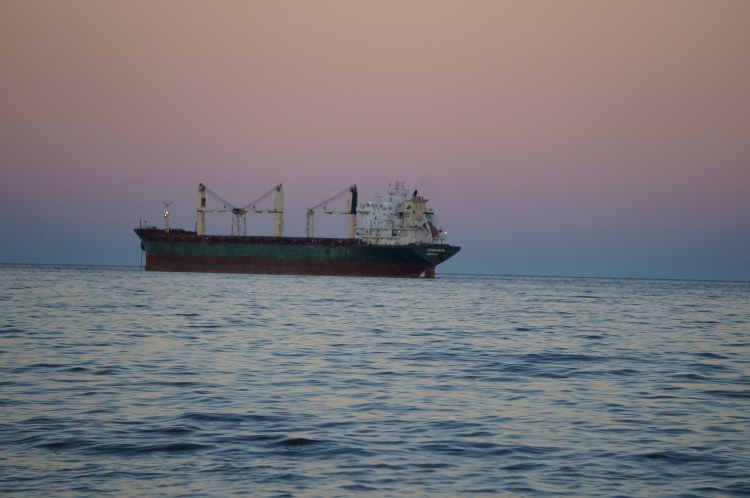 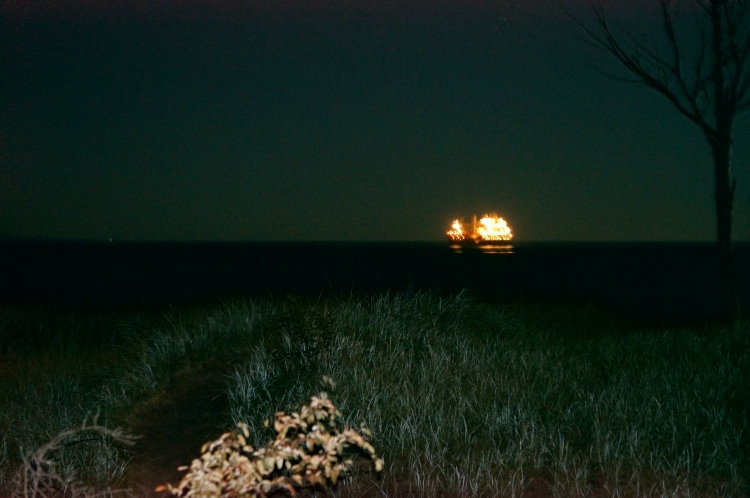 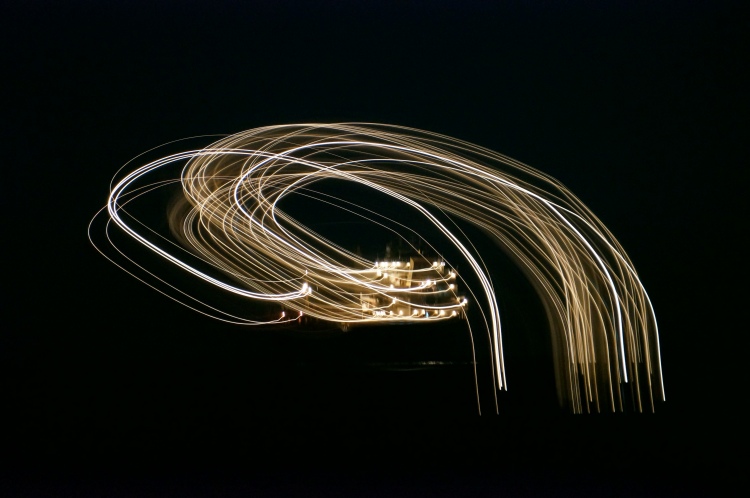 Part of aging with wellness must surely be to know there are many ways to see the same ship.

Part of  aging with wellness must surely be the ache to see the same ship in many ways.

And, part of aging with wellness must surely be to see the ship named justice in many ways.

Sunday in Sarasota at 3:00 pm, the Coaltion of Immokalee Farmworkers will begin a march at St. Martha’s to yet another Publix.  They will walk in solidarity with Rev.Clay Thomas who was ejected from Pulblix a few weeks ago  and told he is not welcome in Publix for a year.  Read this article by Brian Mclaren to learn more:

The Scandal Of Publix and The Coalition of Immokalee Workers: A Christian Critique

Posted: 09/24/2012 8:49 am
A Presbyterian minister enters a Publix grocery store in Florida to buy a sandwich at the deli. Store management calls the police and they escort him from the store, telling him his grocery-shopping privileges have been revoked for a year. What? Why? What’s the backstory?

As the Herald Tribune explains, earlier that day, some friends of mine – supporters of the Coalition of Immokalee Workers (CIW) – had been protesting in front of that store in Sarasota, FL. After the protest had ended, the Rev. Clay Thomas entered the deli on a sandwich-buying mission – wearing a CIW T-shirt. The store management called the police and Rev. Thomas was escorted from the store and told he couldn’t return for a year.

I love shopping at Publix – there’s one walking distance from my home – but I must say, now I wonder if I’ll be escorted from the store sometime soon for being a known supporter of CIW. That would be sad, but I guess it could happen.

Because of our moral commitments – rooted in our faith commitments, more and more of us don’t stop with price and product quality – we’re concerned about justice and corporate responsibility too.

So more and more of us want to reward the more responsible companies with our business. That’s especially true regarding food. Since we need it every day, we understand that we are connected by the food we eat to the stores that sell the food, the transporters who ship it, the farmers who grow it, and the workers who plant and harvest it.

Many of us who live in the South keep wondering why Publix, a major grocery chain, refuses to join other major food companies – like McDonald’s, Taco Bell, and (most recently) Trader Joe’s in the Fair Food Program, a collaborative, state-wide initiative. The program brings togehter the Coalition of Immokalee Workers, 90 percent of FL tomato growers, and 10 corporate food buyers. Through the program, corporate buyers commit to purchase only from FL tomato growers who uphold human rights standards and to pay one penny per pound more for tomatoes. The tomato growers pass that penny on to farm workers. Tomato harvesters are some of the most poorly-treated and poorly-paid people in America, and Publix has the opportunity and the power to help change this.

We’ve been trying to talk with Publix leadership about this Fair Food Campaign for quite a while now. Their persistence in avoiding honest, civil, and transparent conversation has been quite surprising. There have been fasts, attempted visits, protests, pray-ins, and other peaceful public actions intended to communicate to Publix the strength of our desire to have honest dialogue with them.

The chain’s behavior is strange, especially in light of the seven values they teach all their managers,according to business expert Howard Lewinter:

— We wish Publix leadership would listen to us, their customers and talk with the Coalition of Immokalee Workers about the Fair Food Program.They say:

2)   Giving is the Only Way to Get
Never forget anyone who helped you along the way to business success.

— We wish Publix would realize how much Farm Workers help them in their business success, and that they would become enthusiastic leaders – not laggards and obstructionists – when it comes to the Campaign for Fair Food (which isn’t going away – it is only growing).They say:

3)    Invest in Others
George Jenkins acknowledged, “One of the most important lessons I’ve learned in my business career is that no man put together an organization on his own.”

— If it weren’t for farm workers, there wouldn’t be much to sell at Publix! And if it weren’t for customers there would be no business at all. Farmworkers and consumers are Publix’s neighbors, and it would be great if we could work together to invest in others for the common good.They say:

4)    Respect the Dignity of the Individual
George Jenkins believed, “If you want people to respect you or your company, you must first show respect for them.”

— I doubt Rev. Clay Thomas feels much in the way of respect from Publix. Nor do the growing numbers of us who are joining the Campaign. And the Coalition of Immokalee Workers, a human rights award-winning workers’ organization, has been rebuffed by the company for years. We’re people and we deserve more respect than what Publix has shown us thus far.They say:

— Of course, we customers are telling Publix, again and again, what we want: for Publix to join the Fair Food Program, and to join us in ensuring a fair wage and humane conditions for farm workers.They say:

6)    Prepare for Opportunity
George Jenkins advised, “Prepare yourself.  The opportunities are up for grabs.”  Jenkins likened Publix to “a smorgasbord, with opportunity spread out for you.”
Opportunity includes going beyond the call of customer service – going the extra distance to further cement long-term relationships with your customers.

— It’s hard to imagine why Publix would want to miss this excellent opportunity to become a moral leader in the grocery industry by becoming an enthusiastic participant in the Fair Food Program. The Program is proven, it has been operational for several years; it has been lauded by the US government; it is delivering real results not only to farmworkers but to participating growers and corporations as well.They say:

7)    Do the Right Thing
George Jenkins business philosophy included, “Never let making a profit stand in the way of doing the right thing.”

— In this light, it’s especially strange that Publix has refused to pass on just a penny a pound to farm workers. Not only that, but they’ve mischaracterized the campaign in public statements, saying they would participate if, rather than “paying employees of other companies directly for their labor,” they could instead just pay an extra penny per pound in the price of tomatoes, for tomato growers to then distribute to farm workers. Actually this is precisely how the Fair Food Program already works! (And this explains why theTampa Bay Times called Publix “disingenuous” for continuing to mislead with this statement). Maybe it’s simply a misunderstanding and not disingenuousness, but either way, so far Publix just refuses to take part. According to Lewinter, Publix founder George Jenkins had a plaque on his wall that said, “Begin. The rest is easy.”

A simple call to the Coalition of Immokalee Workers (239-657-8311) would open a conversation that can begin a new day for Publix and for the farmworkers who make its business possible.

My suspicion is that Publix would rather be making headlines as a moral leader in the Fair Food Campaign than they enjoy making headlines for calling in the police to expel potential customers – especially Christian pastors. If they’ll just begin, the rest will be easy. If they still believe in George Jenkins’ seven principles – and I think they really want to – they have a lot to gain by doing so.

I wrote this blessing for tomorrow’s march:

May sisters and brothers of the Coalition of Immokalee Workers be buoyed on the winds of solidarity.

May those who walk see with the eyes of justice, hear with the ears of courage, march with the feet of love, and speak with the voice of faith.

May the leadership of Publix breathe in and act upon their corporate commitment to community.

May God’s love be tasted in the ripe juice of the tomato, felt in the weary fingers, arms, and backs of the women and men of CIW, heard in aisles of Publix, seen in the steps of those who walk for justice, and jubilantly inhaled by all.

From the shore of Lake Superior I stand with you.

Some who read yesterday’s blog may be tempted to believe by the pictures today that the Sony NEX has been found.

I did, however, take Bernie Hupperts advice and went to Best Buy and found another one.  Therefore, the photographic journey with you will continue.  If the “lost” is found the “new” will go back to Best Buy.  In the mean time, I’m going to keep on seeing through the lens and clicking images that intrigue me.